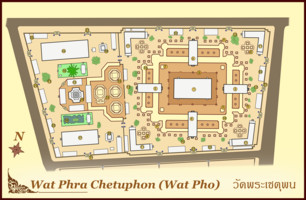 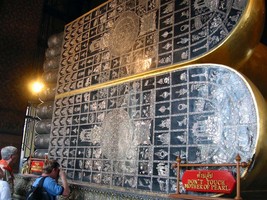 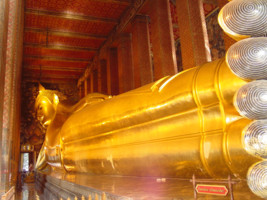 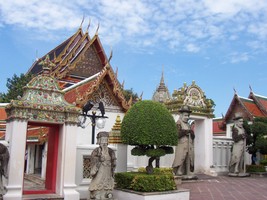 Wat Pho is one of the largest and oldest wats in Bangkok (with an area of 50 rai, 80,000 square metres), and is home to more than one thousand Buddha images, as well as one of the largest single Buddha images: the Reclining Buddha (Phra Buddhasaiyas / พระพุทธไสยาสน์). Made as part of Rama III's restoration, the Reclining Buddha is forty-six metres long and fifteen metres high, decorated with gold plating on his body and mother of pearl on his eyes and the soles of his feet. The latter display 108 auspicious scenes in Chinese and Indian styles.